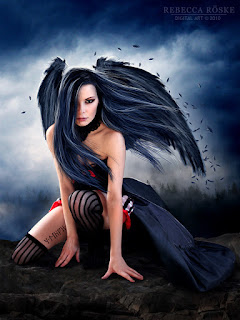 
Lots of planets and points are grouped together in the skies right now, so it's one of those special days when a lot of people at once will be going through their own unique healing/aha/breakthrough/shifting moments. When two or more planets are in the same degree in the sky, it intensifies the energy of that degree, and of those planets. You 'feel' the influence of them in a greater way than usual. This is especially true when the relevant degree is significant for you personally. That is, if you have a certain planet or point on any of the below degrees in your natal chart, you are more likely to be going through some significant inner and/or outer shifts right now.

6-8 degrees Pisces: Full Moon + Neptune. Neptune in Pisces is in his element here until 2026, inspiring surges of creativity, divine knowledge and imagination that might feel to come from other worlds. The Full Moon will have activated that in some of you by way of triggering emotions that made you feel strongly about what you are here to create or do, or you may have had an outburst related to the fact you aren't creating/doing what your Soul is calling you toward. Neptune/Pisces can also have a cloudy affect on us, making us very indecisive...do I want to do this or that? So many options in the field of unlimitless potential that is opened up by this influence - choose one at a time, and find a way to ground/anchor it.

This combo can also tempt a person to take the seemingly quicker/easier way into creativity and enlightenment ie drugs, which is not quicker or easier at all, rather a bypass of necessary terrain that you will have to go over eventually without external substances. This Full Moon can also trigger old depression energy or confusion, in which case do something to get out of 'your head' - get outside, go for a walk in the sunshine, lie on the grass, look at the beach, cook something, plant something, do something for someone else. Pisces thrives in Service.

14-15 degrees Leo - Oooh Mars and Venus are cosying up together, just as Venus is getting ready to go direct again after her 40 days of inward reflection/retrograde period. So, if you have been feeling a bit distant from a loved one, you might feel yourself (or them) coming out of a cave. If you have been feeling like hibernating and hiding from the world, you may want to be seen now, and be feeling new bursts of energy inspiring you to take action and get out there. Mars is all about get up and go, while Venus has been busy polishing our sense of self-value and self-worth, which can now be reflected more clearly and authentically via our self-image, and via what and who we attract romantically, emotionally and financially. In regal Leo, you might be feeling more and more like the King or Queen of your Kingdom or Queendom - as you should!

2-3 degrees Libra - What a trio: Lilith, the North Node and Mercury are having a round table meeting! Lilith and North Node are obviously not planets, but they are still significant points in our chart, two of my faves. The North Node likes to 'put a compass on it' and re-direct your course to the destination your Soul really wants to go in. Lilith does things her way, and bares all without apology. She has no problem with your shadow and too bad if you do because she will out anything you have tried to keep in (for your own good of course!) especially related to your feminine power and sexuality. She is like the dark-haired sister to I Dream of Jeannie's blonde Barbara Eden, or the blonde Sam in Bewitched. Lilith has always been cast as the bad girl, but she's just the one who doesn't take orders from anyone and won't squeeze herself into a mold just to please you. So you may be feeling a bit rebellious, and ready to step into more of your rebel angel Self, doing things a bit differently to how you have always done them but didn't for fear of judgement, criticism, upsetting the apple cart etc. Mercury is helping out with his communication skills, essentially handing out trumpets and encouraging you to say whatever you feel you want to say!

astro.com provides free natal charts if you want to check out where these points are located on your chart.